Apple’s approach to human-computer interaction (HCI) and user experience (UX) design in general has always been different than its competitors. Paradoxically, the approach they use to design their software has also influenced their competitors. Their well-cited and studied human interface guidelines continue to serve as inspiration for new and old UX practitioners alike.

Based on their March event and their developers conference held last week, Apple is transforming their design identity as they focus on the services economy, and the software they develop to deliver those services. In 2007, Apple dropped “Computer” from their corporate name to better establish their direction as a company focused on software and not traditional computer hardware. Or, put another way, they changed their name to reflect their investment in human interaction.

At their recent media event in March promoting their new services (TV+ and News+, among others), this slide captured my attention: 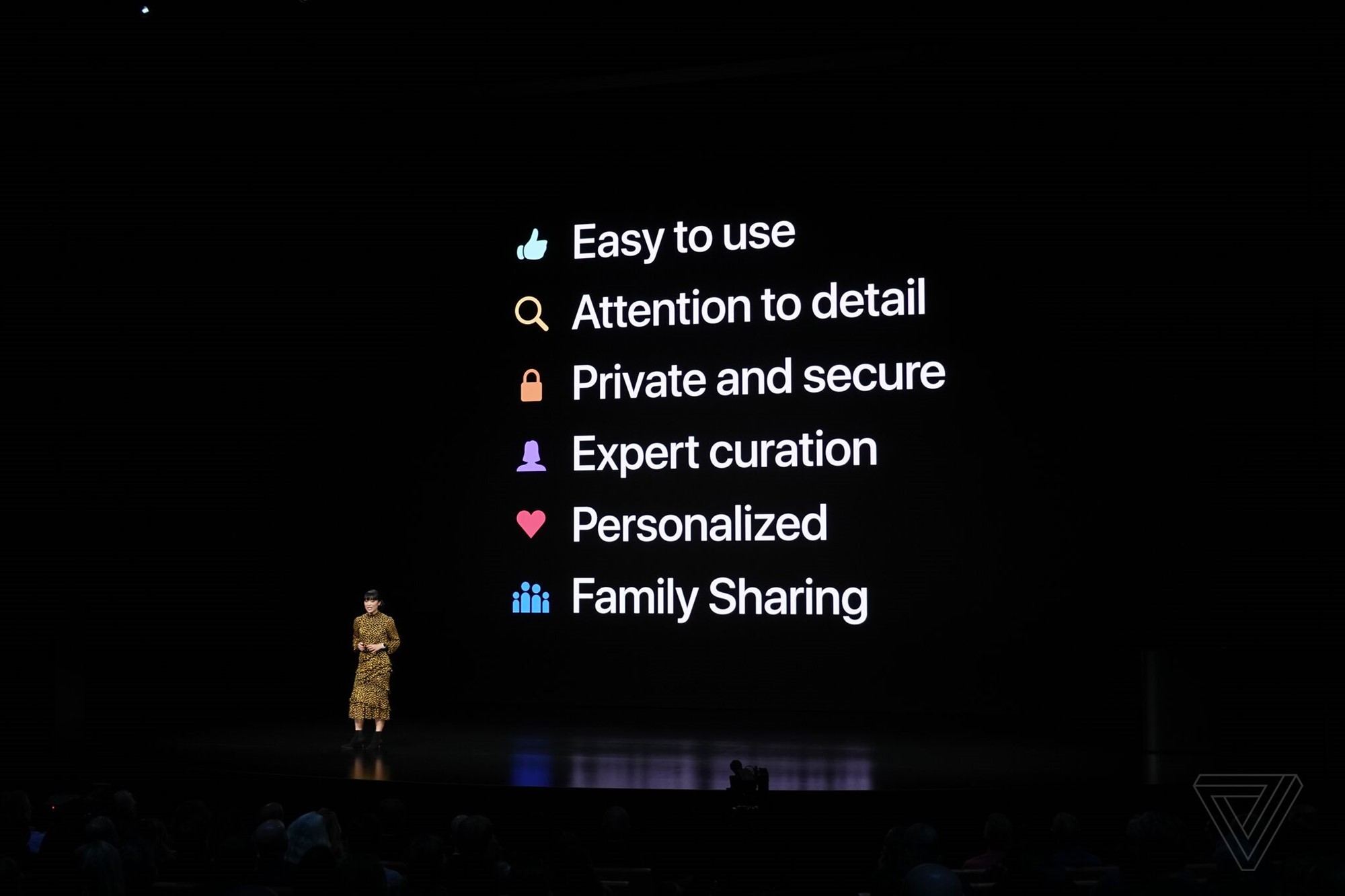 This slide forms an experience design ethos and establishes a set of rules focused on the human experience of their software. Given that this slide was displayed multiple times during their March event, it demonstrates how important the user experience is to Apple, and how they think about the user when developing their products (and admittedly, they don’t always get it right).

This has got me thinking about how I approach UX design, and what type of ethos I might apply to my own work. As a UX practitioner, it’s important I always consider the human element (which is a given). A common maxim used by UX practitioners is “you are not the user”. It’s a good starting point, but I wonder if it goes far enough?